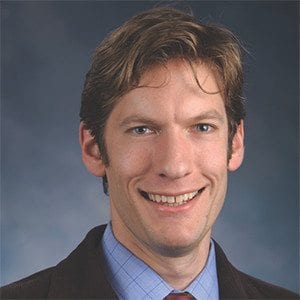 Dr. Allen Fromherz is the director of the Middle East Studies Center at GSU. His research focuses on Mediterranean and the Gulf. His first two books, The Almohads: the Rise of an Islamic Empire (IB Tauris)and Ibn Khaldun, Life and Times (Edinburgh University Press) examine rapid change in lineage-based societies, especially the rise of the Almohads in the 12th Century. Originating in the Atlas Mountains, the Almohads controlled much of the Western Mediterranean. His work on the life and writings of Ibn Khaldun of Tunis (d. 1406), a great historical thinker, inspired Dr. Fromherz’s recent interest in the countries of the Gulf. Examining questions of change, modernization, identity and culture, his latest book Qatar, A Modern History (Georgetown, 2013) looks beneath the surface of oil and gas wealth and examines the importance of memory, lineage and loyalty in Qatari and Gulf society from the 19th century to the present. He recently authored articles for Mediterranean Encounters, Muslim World, and the Journal of Medieval Iberian Studies and the British Academy. His latest book with Edinburgh University Press is entitled The Near West: Medieval North Africa, Latin Europe and the Mediterranean in the Second Axial Age, available 2016. His next book under contract with Harvard University Press is entitled The Global Gulf: A History. To complete this book, he has been selected as a Senior Humanities Fellow at NYU Abu Dhabi for Spring 2016.

In addition to serving on the College Honors Curriculum Committee and University Internal Grant Committee, Dr. Fromherz is currently the Vice President of the American Institute for Maghreb Studies (AIMS) where he chairs the fellowship review committee. He is also the recipient of numerous fellowships and awards including the Fulbright Scholarship, the Royal Historical Society ORS for his PhD at St. Andrews, The Gerda Henkel Stiftung Fellowship, and, most recently, the Sultan Qaboos Cultural Center (SQCC) Fellowship in Oman. As well as invited lectures at Berkeley, Exeter University, Northwestern University Qatar, Erlangen University, KSU, Corpus Christi College in Cambridge and presentations at several important conferences and venues, Dr. Fromherz engages the international media. He appeared on France 5 TV, National Public Radio (NPR), Australian National Radio and BBC Radio 4. Dr. Fromherz is passionate about teaching and has created new courses including an Honors section for World History to 1500 and new classes on North Africa, and the Medieval Mediterranean. Dr. Fromherz believes in learning in the world outside the classroom. Each year he takes students in his honors class outside the classroom to the High Museum. He has directed three study abroad programs to Spain (Marvels of Medieval Spain) and is directing a program to Rome (Marvels of Medieval and Ancient Italy) in May 2015. Lectures and class activities during these programs are never in a room – they are at sites, monuments or museums – places where history can be experienced, not just studied. He is committed to the education of the next generation of scholars and directs the dissertations of three PhD students: Donna Hamil, John Sullivan and Leah Kleinberger as well as MA student Dellarom Afzal.