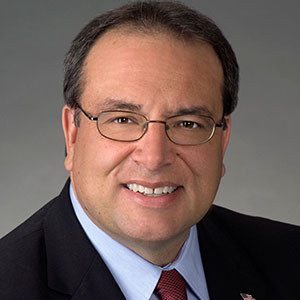 Jack F. Williams, professor of law, teaches and/or conducts research in a number of areas, including admiralty, bankruptcy, business and commercial law, tax, sports law and Islamic law (Sharia). His business and bankruptcy law research has focused on the admissibility of financial expert testimony in bankruptcy courts, the emerging duties of directors and officers of insolvent corporations, and financial fraud and corporate accounting issues.

His Islamic law research has focused on the role of diversity within Islam and the treatment of violent or deviant behavior under Sharia. In 2004, Williams was inducted as a fellow in the American College of Bankruptcy.

In 1999-2000, Williams was a visiting professor at St. John’s University School of Law in New York, where he taught in the inaugural year of the Bankruptcy LL.M. Program. For the summer 2004, he was a visiting professor at New York Law School, teaching in the tax LL.M. Program. In 2004-2005, he was the Association of Insolvency and Restructuring Advisor Scholar in Residence where he conducted research on credit management and the use of various techniques to uncover financial fraud.

Previously, Williams served as the tax advisor to the National Bankruptcy Review Commission and as chair of the Tax Advisory Committee to the NBRC. He was an instructor for the IRS/NYU Continuing Professional Education Program, teaching bankruptcy and insolvency taxation through the IRS Satellite Distance Learning Program.

Williams has testified before the U.S. House and Senate committees on pending bankruptcy and tax legislation and is a frequent lecturer.  He has written three books and more than 100 articles and papers. He is the faculty advisor for the Federalist Society and the Sports and Entertainment Law Society.

He serves on the Academic Enrichment Committee and the Student Honor Code Committee. Williams mentors a number of law students and supervise several independent studies each semester.

In 1985, Williams graduated with high honors of the George Washington University National Law School and was elected to the Order of the Coif. After clerking for Chief Judge William J. Holloway Jr. of the U.S. Court of Appeals for the 10th Circuit from 1985-1987, Williams served as an associate with the Dallas firm of Hughes & Luce from 1987-1991.