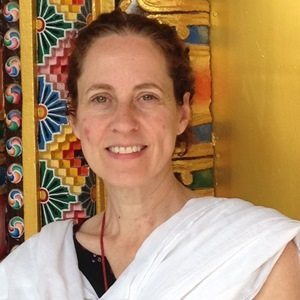 McClymond is a comparative scholar of religions, with a particular interest in religion, ritual, and violence. Her current research focuses on moral injury as an experience of military personnel and veterans. Her first book, Beyond Sacred Violence: A Comparative Study of Sacrifice (Georgia Author of the Year Award 2009), argued against prevailing conceptions of sacrifice as a violent, destructive activity.  McClymond is also author of Ritual Gone Wrong: Case Studies in Ritual Disruption (in production with Oxford University Press), which examines ritual mistakes, sabotage, and disruption and their significance for ritual theory.  McClymond is a recipient of the Distinguished Honors Professor Award (2002) and the Outstanding Teaching Award (2006) in the College of Arts and Sciences at Georgia State University.  She is a steering committee member of the American Academy of Religion Comparative Studies in Religion Section.