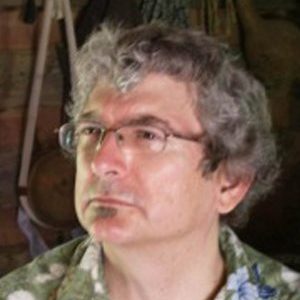 His books have dealt with public memory and national identity construction (Strategies of Remembrance: the Rhetorical Dimensions of National Identity Construction, 2002), the Russian transition from Soviet Marxism to oligarchic capitalism (Market Democracy in Post-Communist Russia, 2005), and the problematic historical relationship between capitalism and democracy (Democracy’s Debt, 2009). His scholarship has appeared in leading communication journals such as the Quarterly Journal of Speech, Rhetoric and Public Affairs, Text and Performance Quarterly, Discourse and Society, and Argumentation.

A performance poet in Los Angeles in the 1980s, Bruner returned to school to receive an advanced degree in performance theory, intending to return to Los Angeles and open an experimental theater/cabaret.  In his MA program, however, he was introduced to rhetorical history, theory and criticism, which inspired him to take his Ph.D. in rhetorical and critical theory, and he has since worked to blend his interests in performance and politics.

As an artist, Bruner was the co-founder of the popular performance poetry troupe the Lost Tribe in (1985-1989). Then, drawing upon the experimental performance techniques taught by Scott Kelman at Pipeline Theaters, Bruner next co-founded an improvisational performance poetry troupe the Carma Bums. While the former group was a highly choreographed night club/cabaret act, the latter group modeled itself on the Beats, the Merry Pranksters, and the poetic avant-garde.  His poetry has appeared in the Evergreen Review #102 (Winter 1998-1999), in the Outlaw Bible of American Poetry, in a book devoted to his poetry troupes: Twisted Cadillac: A Spoken Word Odyssey (Sacred Beverage Press, 1995), and numerous other outlets.  More recently, he worked with the Carma Bums on Armageddon Outta Here (2006) and the experimental soundscape for the Judith Hoffberg Mail Art Retrospective in 2010.

On the scholarly side, Bruner’s newest book is on artful resistance to political corruption (Aesthetic States and Arts of Resistance).  He recently completed an essay called “The Poetry Worlds of the Lost Tribe and the Carma Bums” for an edited volume Poetry Worlds, and he is working on essays dealing with the legal fiction of corporations as artificial persons, the schizophrenia of common sense, and class warfare in the United States.

Dr. Bruner received the National Communication Association’s New Investigator Award in Rhetorical and Communication Studies in 2003, the Lillian A. Heston Award for Outstanding Scholarship in Interpretation and Performance Studies for his essay “Carnivalesque Protest and the Humorless State” in 2006, and the Outstanding Faculty Achievement Award in the Department of Communication in 2010. He is on numerous editorial boards, and he regularly teaches argumentation and persuasion at the undergraduate level, Issues and Perspectives in Communication Theory, and seminars on rhetorical and discourse theory at the graduate level.